Joined the then Bombay State Police Department as a police constable in 1939 worked at various places and transferred to Bombay city in 1948. Retired in 1976 after meritorious service of 37 years with clean service record as Sub-Inspector from CID Branch of Maharashtra Police Force.

He acquired thorough knowledge of Indian wrestling and Marshal Art and established 24 Gymnasiums at various places of work wherever he was transferred during his service. After realizing that mere physical exercises are not sufficient for total development of human being, he switched to Yogic practices. He rendered service to humanity free of charge till his last breath i.e. 18th July 1999 through Yoga, Ayurveda, Nature cure, Shivambhu (Urinetherepy), Adhyatma (spiritualism).

So far he has served about 10,00,000 people who have been benefited by Yoga practice 90% of them were suffering from various ailments, 60% of this total number are women. Guruji gave special guidance to chronic cases and as per requirement he uses Herbal medicines, Urine therapy, and Nature cure along with Yoga.

Shri Ambika Yoga Kutir was established in the year 1965 by Rev. Hathayogi Shri Nikam Guruji at his residence in Girgaum, Mumbai with few followers. In the year 1976 Rev Guruji shifted to Shreerang Society, Thane and commenced the Yog activity at his Thane residence. Slowly the number of yog aspirants started increasing therefore it became inevitable to shift kutir's activities in its own premises. In the year 1982 Shri Ambika Yoga Kutir was duly registered as a Public Charitable Trust.

In the year 1985 Kutir purchased its own premises and shifted yog activities at CD-51/C1 Shreerang Society, Thane In June 1991 due to heavy downpour the entire shreerang society was submerged under flood water and Kutir had to shift its activities elsewhere. The bunglows were demolished and constructed on stilt In the year 1992 Kutir shifted its activities at the Present address : B.K. Mill Compound, Meenatai Thackrey Chowk, LBS Road, Thane (W) 400 60 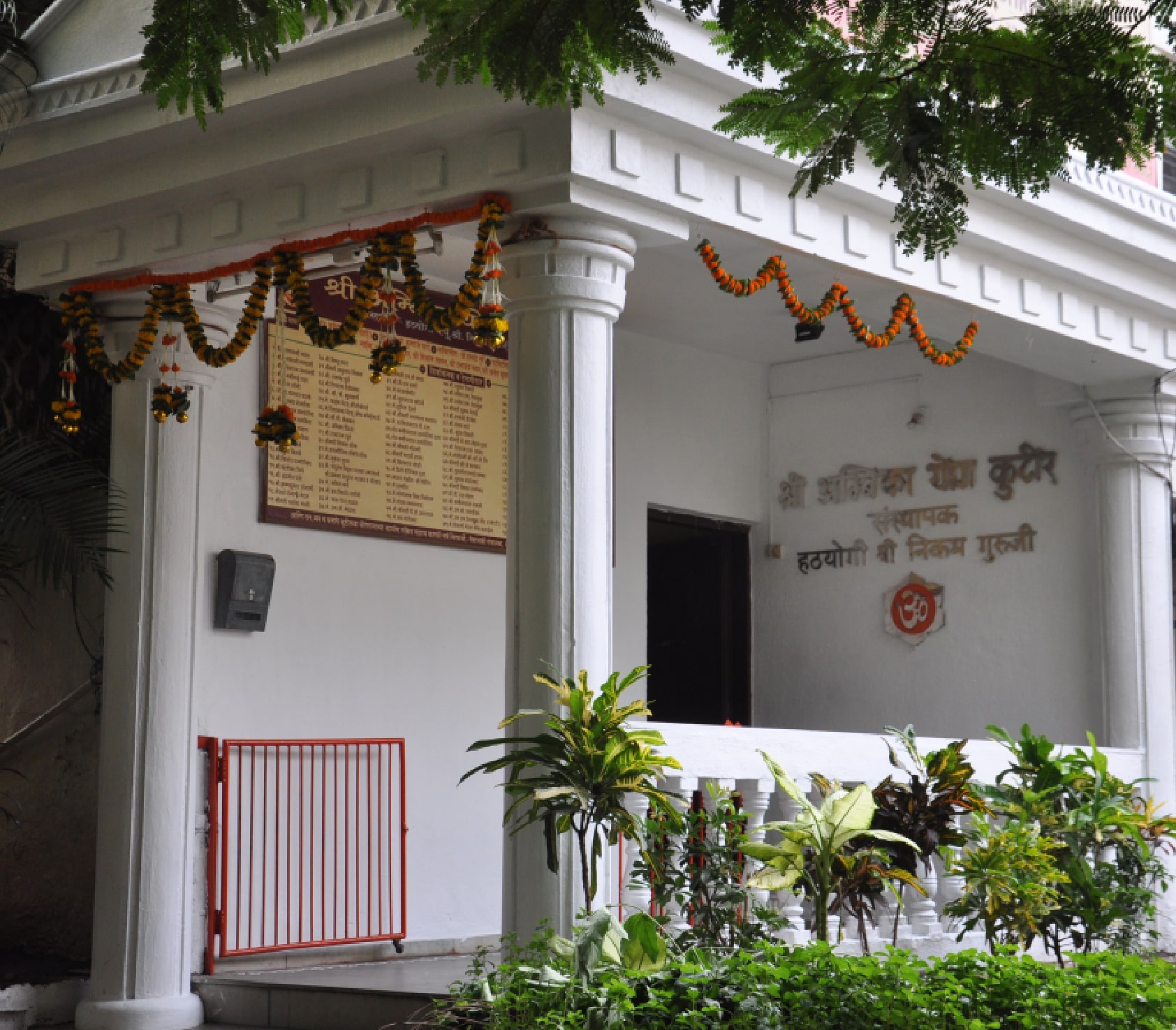 About Yoga Certification Board

Yoga is of Indian Origin. Ancient Indian scriptures such as Shiv Sanhita, Pantanjali Yog sutra and several other text describe Yoga as a physical and mental discipline which had been developed and practiced over many centuries. We find reference of Yoga in the Vedas, Upanishadas which are believed to be about 5000 years old. Yoga gives physical, mental, spiritual and consequently social health to people.

The Honorable Prime Minister of India, Shri Narendra Modi ji had desire as well as the vision to spread India's traditional knowledge worldwide. To achieve this goal the steps were taken to prepare suitable infrastructure. Accordingly the Quality Council of India (QCI) under Ministry of AYUSH was established to develop a Scheme for Voluntary Certification of Yoga Professionals in the year 2015 and subsequently the responsibility of professional courses was given to Yoga Certification Board under Ministry of Ayush, Government of India in the year 2018. The YCB was established to develop Scheme for voluntary certification of yoga professionals. The focus of the scheme was to accredit suitable institution, educate and certify the competence of Yoga Professionals who in-part yoga knowledge. SAYK has been accredited as leading yoga institute by YCB while Certificate No. YCB/19/LY/000009. issued on 19th Aug. 2019.